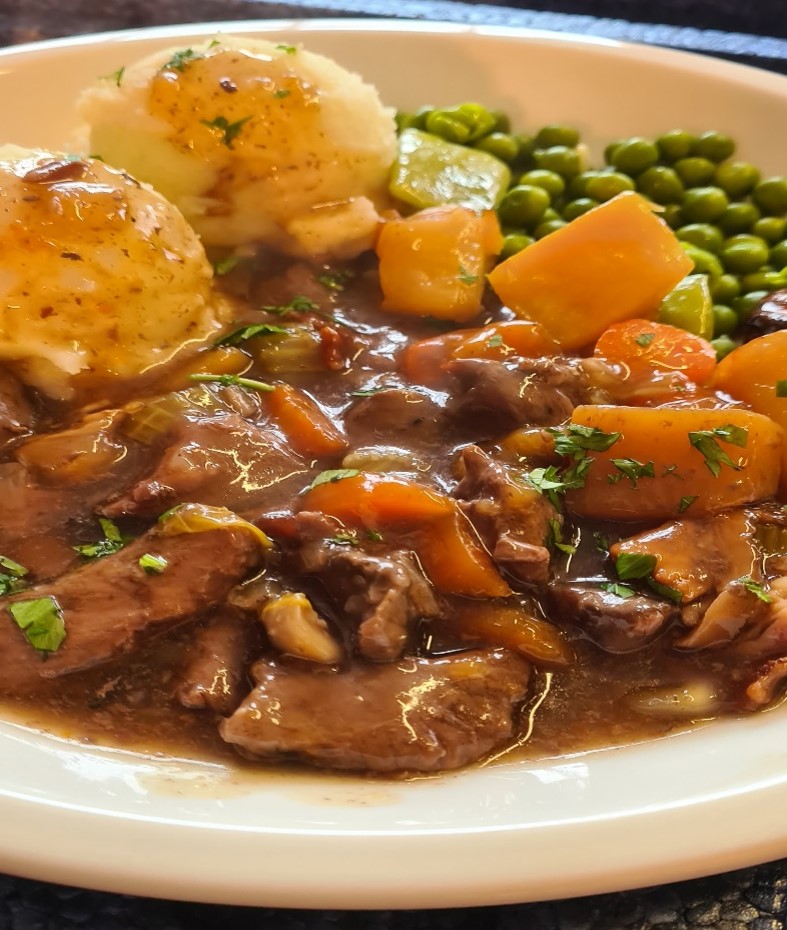 Meat from deer has been important in the human diet since prehistoric times. The term venison (from the Latin venari – to hunt) originally referred to meat from any wild animal.

For centuries, deer parks owned by European aristocrats have been used as a source of sport and high-quality food. This concentration of valuable meat with access restricted to the elite few has long been a source of conflict between poacher and gamekeeper.

Deer are ruminant animals belonging to the family Cervidae. They are characterised by having antlers, rather than horns, and small, unspecialised stomachs. Instead of grazing on vast quantities of grass, deer tend to select easily digestible shoots, young leaves, fruit, fungi and lichens.

Three species are commonly used for food in Britain: the red deer (largely from the Scottish Highlands); the fallow; and the roe (the smallest and considered the best by many cooks).

The nutritional value of venison is that it has higher iron levels than any other red meat, contains omega 3 fats and less fat than a skinned breast of chicken.

Dice the venison.  Heat half of the oil in a heavy-based pan over a high heat.  Once the oil is hot, add the venison, stir well and sauté until the outside of the meat is sealed.  Decant into a large casserole dish or similar.

Roughly chop the onions.  Finely chop the garlic and dice the bacon.  Toss the remaining oil into the original pan and add the bacon, onions and garlic.  Sauté for around 10 minutes until the onions are lightly coloured and the bacon is cooked.  Add to the meat in the casserole dish.

Cut the carrots, swede and celery into bite-sized pieces and add to the casserole dish.  Stir the mixture well to distribute the vegetables.

Add the wine and the bouillon dissolved in a little water.  Add enough water to cover the ingredients and stir well.  Cover the casserole dish with foil or a lid and place in the oven at 180ºC (160ºC fan, 350ºF, gas mark 4) for around 1½ hours or until the meat is tender.

Roughly chop the mushrooms and dry fry them over a high heat until lightly coloured.  Stir into the stew and season to taste with the salt and pepper.

At Eggardon Country Cooks we cook this from autumn and throughout the winter months. Our casserole is just what is needed on a cold winter’s day. This earthy casserole is complimented by the redcurrant jelly and the juniper berries which is an aromatic berry from the juniper tree. This ingredient is crushed to release the piney flavour that is created during the slow cooking process.

Other INFO AND RECIPES 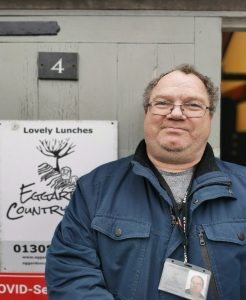 Last week we had an incident concerning one of our long-standing customers who lives in Bridport. Our customers lunch was cooked and sent out for 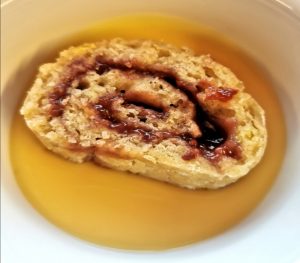 This classic pudding is undoubtably one of our oldest desserts and is part of our British cuisine and came into existence in the 19th century. 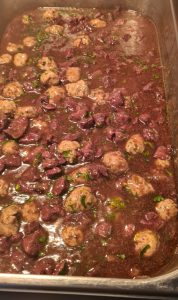 Jugging is a method of slow cooking which retains all the flavours of the meat while mingling them with those of the other ingredients. This

In these uncertain times, we have introduced some temporary changes in our service during the coronavirus pandemic. We hope that with these changes we can 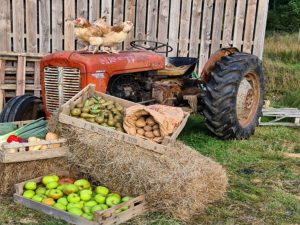 My name is Shirley Jarman and I founded Eggardon Country Cooks along with my business partner and life-long friend Judi Gifford in 2016. Judi came

For occasional emails about new menus and delivery options.

A freshly cooked hot lunch for your friends and loved ones.

Continuing to provide you with freshly cooked hot lunches